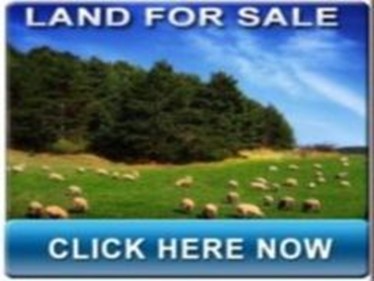 Food shortages: caused by population growth (particularly amongst the Arab nations and Asian counties such as South Korea, China, India and Singapore), loss of agricultural land due to increased urbanisation, increased use of agricultural land to produce bio-fuels and climate change, are a serious challenge facing mankind currently and in the future.

Forward thinking nations are investing huge monies buying up arable land around the world, including in Australia. The practice has attracted the attention for the World Bank to detail a report called ‘The Global Land Rush: Can it yield sustainable and equitable benefits?’ (1)  The report outlines the investors are targeting countries with weak laws.

Details of such acquisitions include 3.9m hectares in Sudan and 1.2m hectares in Ethiopia between 2004 – 2009. There is also 1.3 million hectares investment in Madagascar.

Prompted by food shortages and soaring food prices, the Arab Organisation for Agricultural Development (AOAD) an affiliate of 21 Arab nations plan to invest up to $65 billion to expand their farming industry to meet their current and future food shortages. Food shortages in 2009 was estimated to be $18 billion, this could grow in 2030 to $71 billion when the current population of 350 million is estimated to grow by 63 per cent to 545 million in 2030.

Investments in agriculture seem to make good sense, particularly to meet the increasing cost of importing food to feed their population.

In 2009 it was reported that Saudi Arabia, Abu Dhabi and Kuwait are reported to wanting to buy more than $1 billion of Australian farmland.

Due to massive urbanisation and desertification, Chinese farmland was reduced by 40,700ha last year. The Chinese plan to have 221 cities with more than one million people by 2025. China has made agricultural investments in Russia, Canada, Cuba, Kazakhstan, Mexico and Australia.

Qatar-based company Hassad Foods has bought more than $40 million of Australian properties, including Clover Downs in Queensland this year. Chinese state-owned company Bright Foods is looking to secure Australian dairy, wine and sugar assets. Brazilian conglomerate JBS is purchasing abattoirs and feedlots in Australia’s south east. Singaporean company Olam International now own 45 percent of Australian almonds under cultivation, from Timbercorp that went into receivership, this includes 89,000 megalitres of water rights which is a tradable resource in Australia.

Australia can and is being easily being sold off to foreign interests. Agricultural land sales are exempt under the Foreign Investment Review Board (FIRB) regulations. FIRB only comes into play with companies sold that exceed $231 million in value. Even if the purchases are by sovereign wealth funds of other countries. Effectively, foreign interests can purchase huge holdings or districts in Australia, by purchasing them farm by farm.

Where is Australia’s national interest? Where is our sovereignty when the title to our land is owned by overseas interests? The takeover of Tibet by China commenced with Chinese purchasing Tibetan property.

Where is the vision of our government, when other forward thinking governments are acting in their own best interests? Do we stand idly by?

What about government investment in ethanol production as a fuel source for cars and light vehicles? This could reduce our imports and current account deficit; reduce greenhouse gases; and, provide a revenue source to meet funding for government programs, including health in an aging population.