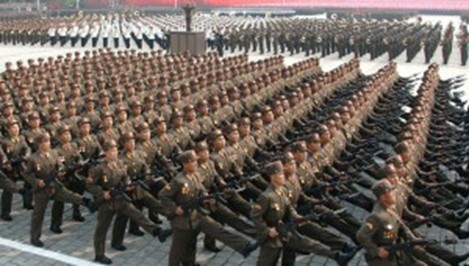 War only creates greater conflict. No resolution is achieved through war. The people who are attacked are bound to have feelings of injustice. War breeds contempt and is justification for counter attack in the mind of the opponents.

Thus conflict only breeds further conflict. Brute force is a barbaric, destructive and costly means. The mentality behind physical violence is reminiscent to the Stone Age and not befitting the modern times. Brutality and massive killing creates very heavy negative karma.

Grievances can only be resolved through negotiation. Military advisors have often stated the fact that previous conflicts with terrorist groups have only been resolved through dialogue and negotiation. The wars in Iraq and Afghanistan have raged for some ten years and are still no closer to resolution.

War is a costly effort. Particularly supporting a significantly large military arsenal and personnel. If such a country is affluent enough to have a large army, foreign nations should consider their economic and material aid.