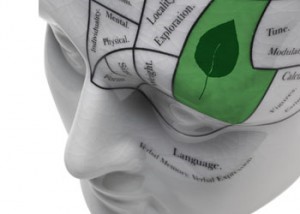 Population growth over the past sixty years has grown at an extraordinary rate, never seen before in our history.

In past sixty years, there is an additional 4,500,000,000 extra mouths to feed, provide water, accommodation and other essential services. As the population grows, so does the potential for more people to bear larger numbers of births also grow.

People has spread all across the world and in increasing denser population. With increased land taken up in urbanisation and cleared for food production and placing increasing demand for natural resources.

Until recently, about 1 billion people or about 1 in 7 people, or about 14.6 percent of the world was considered to live in ‘highly developed’ countries (based upon 2008 figures by Human Development Index.

With the industrialisation of developing countries; notably China with 1.3 billion people and India with 1.2 billion people, which together make up 37 percent of the world population.

The release of low cost motor vehicles in India alone, represents the potential to double the number of motor cars in the world.

Consider the environmental impact (caused by the subsequent urbanisation and need for transportation; the demand for the world’s finite resources, water and energy) that will be caused by the increased industrialisation of the world’s population.

The case that global warming could be a likely scenario, if we continue unabated; based upon the information above: seems highly likely (or at least, more likely than not).

The effects of greenhouse gases, (notably carbon pollution) will persist in the atmosphere for 100 years. Hence, we will need to consider the effects of our actions: not just for our generation or the next, but at least five generations into the future.

With the acceleration of population growth; the industrialisation of highly populated third world countries; coupled with the subsequent diminishing ecosystems, caused by increasing urbanisation and demand for food. It is now, even more imperative that sustainability becomes a core value in the fabric of society and becomes part of the fabric of good government, into the future.