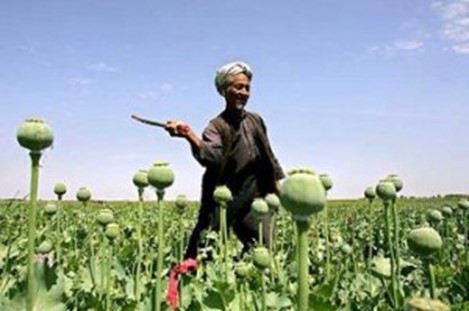 Illicit drugs and their use represent a blight and scourge upon society in many ways:

Ruins many lives through loss of function, productivity and can be the cause of mental illness in users.

There is notably a lack of recent data regarding illicit drug use in Australia.

Based on figures outlined by Australian Bureau of Statistics Effects (from a study by D.J. Collins & H.M. Lapsley 1996): the cost of illicit drug use in Australia in 1992 was $1,683.6 million.

This breakdown of this figure outlines:

*(Allowing a 15% reduction of original estimate of $720 million to excluding capital costs of building prisons and costs for customs, that may not be included in other studies.)

Whilst we need to deal with those affected by illicit drugs; nevertheless, drugs represent a drain on society as such significant monies could be spent on other areas of society.

The cost of illicit drug use extend beyond users, to family members, friends and the wider society. Drug dealing, robbery and prostitution are used to fund drug dependencies. Significant resources of our medical services, law enforcement agencies, the courts and jails as consumed in tackling the problems of illicit drug use. Approximately 10 per cent of prison population is made up of drug offenders. (2)

‘Illicit drug use is a catalyst for untold harm in our communities. The negative impacts are both economic and social. The impact on the quality of life of illicit drug users doesn’t happen in isolation. Families—the very foundation of our society are damaged, and very often destroyed.’

There is a lack of recent data. The Cleeland Report in 1989 estimates the illicit drug market in Australia to be valued at $2,617 million. (2)

This represents billions of dollars being diverted from legitimate means that would normally contribute to the growth of the nation’s economy.  The majority of these monies would go to clandestine groups.  A United Nations report in 2005, estimates the world trade of illicit drugs to be $321 billion. Which represents almost 1% of global GDP. (4)

The scrouge of drugs in our society bears a double edged sword: not only does it have a negative impact upon individuals and the wider society; the proceeds of drugs support criminal population, terrorist groups and rouge states. Which also seek to undermine our society.

In many ways, drugs represent the ideal weapon of mass destruction; as well as supporting the existence of those outside our society, who are intent on creating us harm to us all, drugs also create harm to our society from within. Hence, every effort should be undertaken to eradicate or minimise the prevalence of drugs in our society.