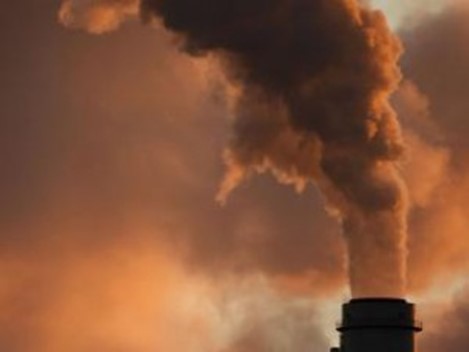 The federal government’s announcement about the introduction of a Carbon Tax commencing 1st July 2012 is flawed.

Initial details of their proposal, education of the Australian people and the goals of the scheme were void. We remain to see if the effects and impact to Australian people or business will be similar to the modelling provided or whether the price rises from a carbon tax will be greater than predicted?

The lack of a detailed and clear information and lack of education the Australian people, about the purpose and goals of the carbon tax. This creates greater room for fear and apprehension amongst the population. It is likely that the carbon tax will have a greater impact in slowing the economy, through fear and apprehension than previously expected.

Without clear environmental goals, what is the purpose for introducing a carbon tax (other than revenue raising)?

The suggested $23 per tonne price on carbon will have little impact to generate sufficient change from use of fossil fuels to clean energy technology. What will be likely is that users of coal will move to using gas as a fuel source. Whilst gas is a less polluting fuel than coal; nevertheless, it does not encourage the development and use of clean energy: such as solar, wind, etc.

A carbon tax alone is insufficient to make any significant change without providing subsidies to encourage the adoption of clean energy technology. A significant portion of the carbon tax revenue will be going towards compensating people and businesses for the carbon tax.

Even the Federal Government’s climate change adviser, Professor Ross Garnaut, acknowledges that a carbon tax itself will not be enough to generate innovation required and suggests a doubling of expenditure in low emissions technology to $2.5 billion or 10 per cent of the revenue of the carbon tax.

Feed-in-tariffs are also needed, to encourage the adoption of clean energy production, this is missing from the Government’s plan.

Information from the government is only about talk of generous compensation to the Australian people from the increased costs of imposing a carbon tax, such as income tax cuts and payments to welfare recipients and the elderly. Hence, it is questionable how much of an environmental benefit will be actually achieved under the Labour Government’s plan?

If we are to have an environmental focus in this scheme, then it is necessary to incorporate energy efficiency and energy reduction measures. If we use less energy or carbon intensive energy, then we will generate less carbon emissions.

We should encourage our auto manufactures to produce more fuel efficient vehicles; and use fuels that are less carbon intensive, such as LPG, LNG (liquefied natural gas), bio-fuels (eg. ethanol) and diesel (which produces about 1/3 less CO2 and is far more economical than petrol).

Incentives to encourage the proper inflation of tyres, will increase economy, safety and tyre life. Leading to less waste. The use of low-rolling resistance tyres should also be encouraged, which can improve fuel consumption by 1.4-4.5 per cent.

Reduced reliance on imported oil improves our energy security, exposure to volatility of the oil price and our balance of payments. It keeps money in Australia, helps provide jobs and improves our economy.

What is also missing in the Labour Government’s plan and announcements is detailed information about the improvements to our economy, job creation and environmental protection, from adopting leadership and innovation in development of a low carbon emissions economy.

The current Australian Government’s plan, which commences with a low carbon price and high levels of compensation in our view: will do very little towards creating a clean energy future and prosperity for the Australian people in participating in a clean energy initiative.

The lack of environmental goals and roadmap on how we could achieve such goals will inevitably ensure that there will be minimal impact for a healthier environment.