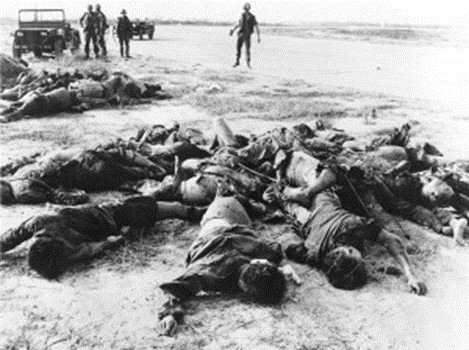 War itself is highly destructive and costly, to both sides of a conflict: both in human life and money.

War is uncertain; particularly where the ‘enemy’ is not particularly confined to a sovereign state, and where their agents have taken up residence in many countries of our world. Their objective is not just to strike back at us, but they may also wish to bring down Capitalism itself.

Can the world; on the edge of recession, and with increased debt; be able to afford to rage a war?

I do not believe that the war will end with Iraq; nor following the Iraq war, will we see an end to terrorism.

War has often be driven by the impoverished need of it’s people. Hitler was able to rally his fellow Germans during a recession, with the promise of better conditions for his people.

Consider the tens of not hundreds of TRILLIONS of dollars that is spent on armory. With the escalation of arms development in such countries as North Korea, and Iran which is likely to recreate an arms race, along with neighboring countries including India and Pakistan: all of which are impoverished countries themselves.

Can these countries afford to spend such amounts of monies and resources when their own people are without the necessities, such as: food, health, education and infrastructure?

Can any country afford to spend such vast amounts of monies on weaponry of destruction; when there are homeless, unemployed and people without access to adequate health and education?

I believe that the solution to war could be found, not by an increase in arms: in the continual and increased spending on weaponry of destruction; but in setting aside a percentage of monies that would otherwise be spent on destructive armory, towards an international fund for the betterment of the lives of the needy people of the world. This will reduce the need for war and provide an incentive for peace. Thus further encouraging a reduction in armory.

We could use, as a condition of such aid: that the people of the country concerned, not engage in such acts of: war, terrorism or racial cleansing, which could preclude the giving of aid to such countries. Thus, terrorist groups will attract the scorn of their fellow countrymen and women.

In the case of rouge states or military dictatorships: we could ask for the establishment of fair and democratic government, as a condition for such aid. Thus encouraging better and responsible governance for all the people of the world.

We could ask for a moratorium of acts of terror and war, and establish a proper international court of forum be established, towards the resolution of such disputes. During such time where funds could accrue and the benefits of such a proposal be viewed.

We may need to take a new direction, as our previous actions have not brought about peace or an end to terror in this world. We may certainly need to compromise and perhaps give a little: but the results may well be much more beneficial to all.