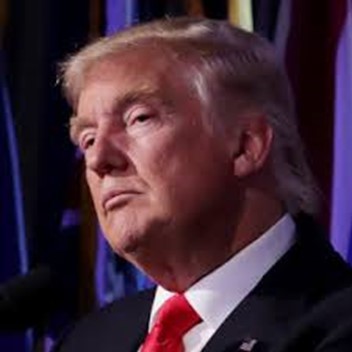 With sufficient wisdom, it is unlikely that you will make the wrong decision.

One of the basic tenants of wisdom is to listen to the advice of knowledge persons. Senior legal title of ‘Queens Counsel’ (QC) comes from senior officers who gave advice of to the Queen or King. Thinking involves analysing the situation from all perspectives and meditating involves engaging higher order of thought processes like wisdom, intuition, etc. These higher order thought processes are not reactionary and can take time to process the information and take time for an answer to emerge.

Donald Trump is a businessman with decision making skills/experience and prone to take action. As a businessperson he is likely to disdain financial waste and inefficiencies. Donald Trump would also be adept with negotiating skills. These attributes would assist in making Donald Trump a good American President.

What would not make Donald Trump a good American President is being reactive and not listening or taking advice from others. ‘The Art of War’ a 6th Century text written by Chinese military general Sun Tzu is a worthwhile read for all politicians and heads of state.  Donald Trump could easily be antagonised and lured into taking military action: such as in the Middle East and depleting his military and economic resources which would make it easier for another country to be the dominant economic country. With depleted military and financial resources it would be more difficult to defend United States or its key strategic allies against a rising superpower.

Donald Trump is not a career politician and he will bring a fresh perspective and approach to American politics.

His unknown character will make it difficult for others or other countries to pre-empt the course of action he will take. His strong negotiating skills could benefit the American economy. What remains to be seen is whether his reactive and impulsive traits can be subdued. And whether the position of American President will foster the getting of wisdom that arises from listening, thinking and meditating?